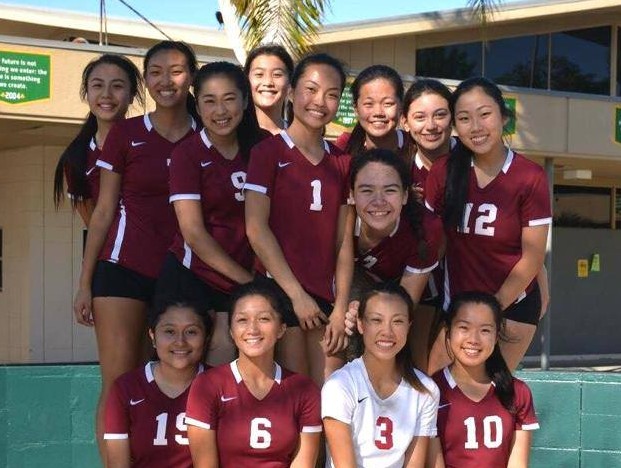 Mark Keppel Girls Volleyball season has come to an end. Overall, the standings for all three teams were not as high as expected by players. Varsity ended the season with a score of 0-10, Junior Varsity ( JV) ended their season with the standings of 5-5, and Frosh finished up with a standing of 4-6.

However, even with these standings, varsity players and juniors, Shawnee Gonzalez and Sarah Kim, think that “it was a good season.” They also said that they “worked extremely hard throughout [the season], and were points away from a win in several games… and are looking forward to redeeming themselves next year because the record doesn’t show all the hard work and progress that went into this season.” In accordance with Gonzalez and Kim, fellow varsity player and junior, Kristyn Lee, agreed that there were so many times that they came close, yet couldn’t manage to score the win, but this season can be used as a learning experience for their next year’s season because they can do better.

Similar to the thoughts of some of the players on varsity, JV player, Erika Sato, said that “it was a little bit harder for us in the beginning, but as the season progressed we improved and got better as a team… and it was overall a good season for us.” Sato’s teammate, junior Justine Pham, agrees with her about the team definitely trying their best, and said that they had a lot of fun doing so.

Almost following in the footsteps of Junior Varsity, the Frosh team ending their 2015 season with standings of 4-6. Freshman Sophie Zhu said that her and her team are “really proud of what [they] were able to accomplish,” and that they “improved a lot from when the season first opened up.”

This year all three of Mark Keppel Girls Volleyball levels did not qualify for CIF, California Interscholastic Federation, Championships, but all teams did try their best and are looking forward to improving in the seasons to come. They did, however, have fun while preparing for their season and stand by their teams when they say they fought their hardest and will continue to do so.