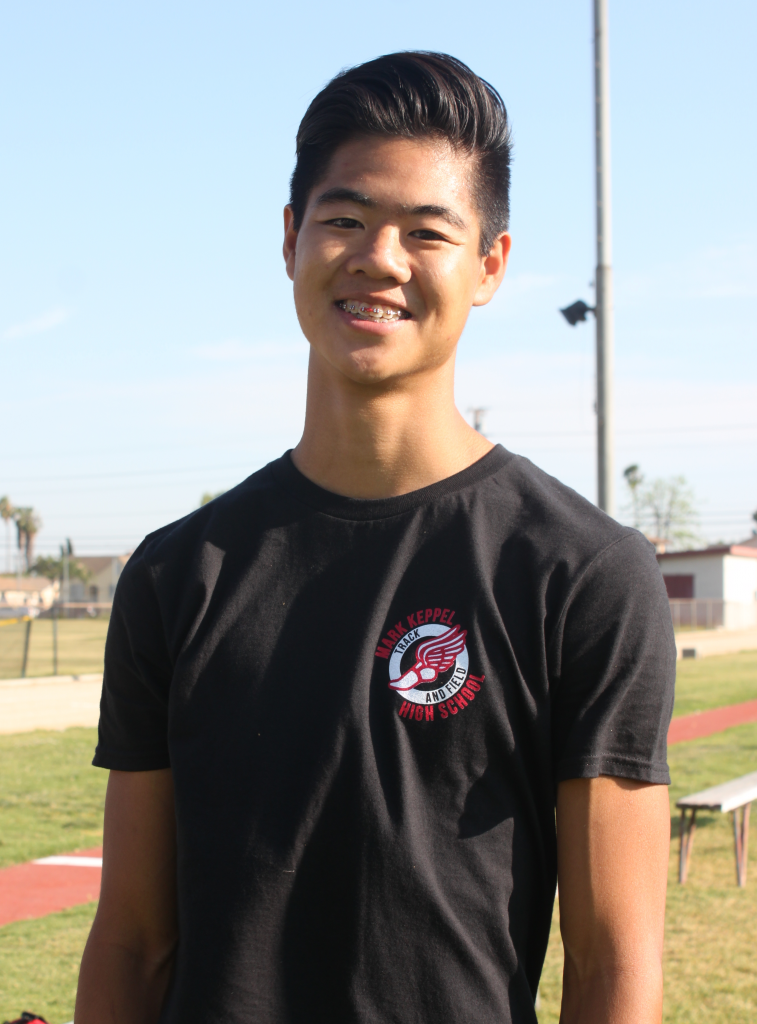 After four years of high school, many memories had been created on and off the track. Prior to high school he had absolutely no Track and Field experience although To “couldn’t be prouder to say that [he is] a part of Track, it’s become part of [his] identity.”

As this is To’s last season he expects to see improvements in the team. Although he doesn’t expect Keppel’s Track and Field team to make it all the way to becoming League champs, he knows for a fact they won’t be last.

After losing a meet, the loss is never entirely a waste for To and his team as it only serves as a motivation to train more, doing whatever it takes, even if it means additional weekend practices aside from the team’s weekday routine.

To’s best track memory is his first time committing to a long jump. He had decided to try it mid season of his Sophomore year, and wanted to continue as he had already felt competitive and had surprised his coaches and fellow teammates.

Besides his role in his sports, To is also Vice President of the Skills USA club. When he is not occupied by his various extracurriculars and academics, To spends his time with family going out to eat, and enjoying their company. When he hangs out with friends, they have fun going to the movies or bowling, and catch up with one another at a nearby tea house.

To’s advice to current and future Track members is to “[not] treat Track and Field as something to put on your transcript, [but] a sport that requires lots of training and self control. No matter how difficult it is, you can do it… Remember, Track is a sport, and we’re trying to win, [so] you must know your strengths that’ll benefit the team too.” Track has taught To how to perform well under pressure and not let other’s accomplishments hinder his own goals. Instead, To uses it to help overcome the obstacles and push himself  more than he ever expected.

Track and Field has been a major key to shaping To to who he is today. “It doesn’t take the position of a captain to inspire others.”