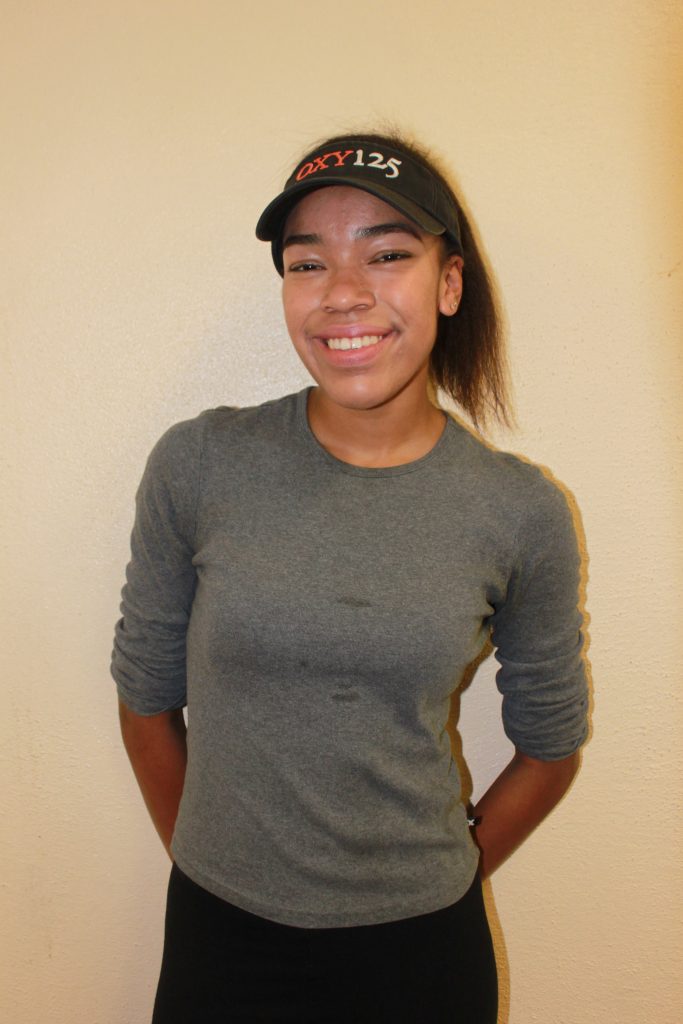 This year’s Iron Aztec is Tatiana Garnett, who have shown accomplishments in academics and athletics. Garnett says she was very surprised from receiving the award. She is “thankful and honored to receive [this award].”

Garnett, who has been playing soccer since she was 5 years old, played on the varsity team for 4 years. She has been captain since her sophomore year. To be a good soccer player, Garnett thinks it takes “decent skill and A LOT of heart.” Her mom motivates her to do better. Additionally, she is inspired by Serena Williams for her strength, Mia Hamm for her skill, and Kobe Bryant for his work ethic.

Throughout her high school soccer career, Garnett’s exceptional performance has resulted in multiple awards including First Team All League, Best Offensive Player, and MVP. Garnett is especially proud of making it into CIF this year.

Garnett has enjoyed playing soccer at Keppel because of her “amazing team and brilliant coach.” She liked that every member was very determined and devoted to each other. Garnett says, “It’s easier and a lot more fun to play soccer when you’re doing it with people you’re close to. I truly do love my team.”

Garnett’s impressive performance and leadership on the field, and excellence in several rigorous classes exhibits Garnett’s ability to balance academics and athletics.

Garnett is also involved in many extracurricular activities. Garnett is the president of the Association of Latin American Students and Theater Company. She is also a member of CSF, NHS, and the American Red Cross. She is a Marketing Ambassador in eHindsight and a Youth Group Leader for her church. In her spare time, Garnett enjoys taking pictures and making films.

Garnett would like to give a special shoutout to “Arianna and Michael, my soccer team, and my theater company. I love you all.”