Home 2017 December 28 A&E, Movies The Force is Strong with This One: The Last Jedi 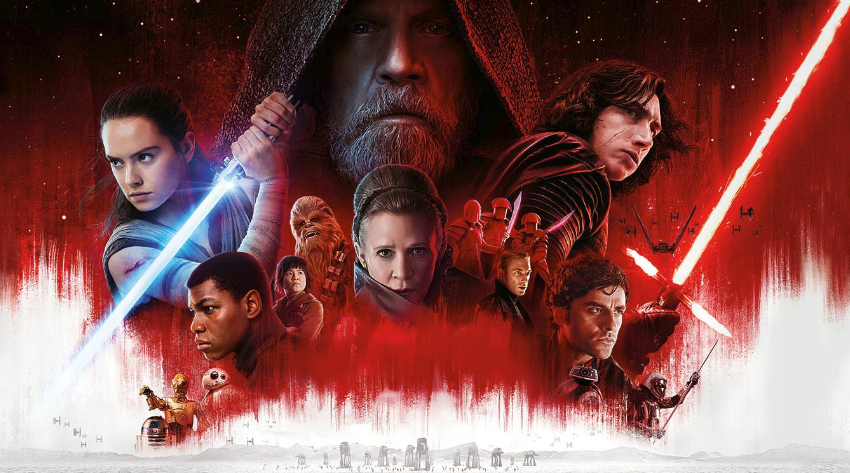 Star Wars: The Last Jedi thrills fans as the eighth installment of the famed franchise. COURTESY TO DISNEY

Swarms of hardcore Star Wars enthusiasts have already made a visit to their local cinema to watch the highly anticipated Star Wars: The Last Jedi after waiting two years since the release of its predecessor Star Wars: The Force Awakens. The box office opening for The Last Jedi was exactly as you’d expect a blockbuster movie with good word of mouth,  slightly outdoing initial estimates for the second-biggest opening weekend of all time.

In the eighth installment in the legendary Star Wars saga, writer-director Rian Johnson does not fail to impress with his execution of the intergalactic battles throughout the movie. Picking up where JJ Abram’s The Force Awakens left off, The Last Jedi puts distance between Daisy Ridley’s Rey and John Boyega’s Finn, sending the latter on an adventure across the galaxy as the former tries to find her true self on the remote island Ahch-To, where Luke Skywalker (Mark Hamill) has kept shelter in solitude for years.

As Rey searches for her identity away from the Resistance, the film has some, albeit slight character development on Kylo Ren, who is both the commander of the First Order and the son of Han and Leia Solo. Kylo Ren, played by Adam Driver, develops an internal struggle of choosing between the Light and Dark Sides as he begins to have doubts about who he truly is. In battling this inner conflict, he and Rey mysteriously form a telepathic bond that grows to be intensely intimate, to the extent that the two are able to make physical contact despite being vastly apart from each other. The tension between the First Order and Resistance increasingly grows throughout the movie, and prompts both characters to meet face to face to settle the resolve.

Some highlights of the film include the parallels drawn between The Last Jedi and The Empire Strikes Back of the original trilogy,  which was a fan favorite of senior Holman Lau. The new addition of furry, sea-bird creatures called Porgs was also a crowd pleaser, as it provided the perfect comic relief for the heavily action-packed scenes. Junior Ethan Young credits the key scene of the film to be the Holdo maneuver. “[It was] something never done before; honestly, [it was] quite terrifying that director Rian Johnson had the confidence to show [it].”

However, there are some quibbles – a visit to a space casino in Canto Bight was distractingly diversionary, and the two and a half hour run-time seemed unnecessarily long. Star Wars fans and non-fans mutually agree, though, that the film’s cinematography was certainly nothing to laugh about. “The Last Jedi filmed as a collection of wide shots and close-ups, clearly showing the location of the present scene as well as the emotions on the characters’ faces,” said Junior Rachel Itow. “The cinematography does not take away for story, but instead works with it.”

So far, The Last Jedi appears to be positively received by most fans and even non-fans. Critics anticipate a rise in ticket sales around the Christmas holiday. Though the film has had a variety of mixed reviews, many remain eager for the next episode of the saga and what’s to come next of the Resistance and the First Order.