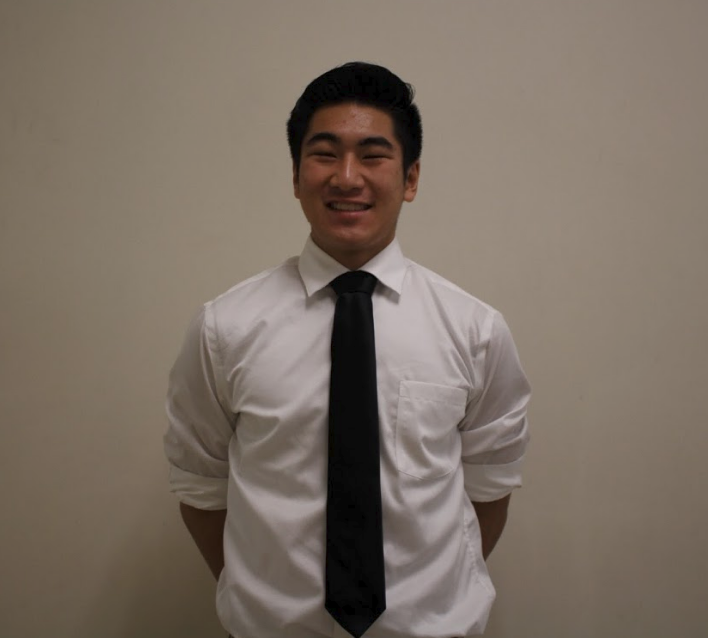 With a passion for athletics since a young age, it is no surprise senior, Josiah Ojiri, has been involved in multiple sports throughout his high school career. Ojiri had played both volleyball and basketball as a freshman, but only continued with basketball as he joined the Varsity basketball team his sophomore year and wanted basketball to be a priority. He explains how he , “has been playing [basketball] since [he] was five and in kindergarten.”

Ojiri mentions the influence his father has had on his basketball career. “My dad introduced me to basketball. He used to play when he was younger and wanted me to play too.” While his father was his initial motivator to join basketball, Ojiri says that he felt playing basketball would be a good experience.

Ojiri’s position on the court is point guard, where his main role is to initiate offensive plays. However, he has other responsibilities such as passing and handling the ball and making sure his teammates are in the right spots during games.

“They’re always supporting [me] and work just as hard, if not harder which motivates me to work hard even when they don’t get as much playing time”, said Ojiri.

Ojiri admits that basketball takes up most of his spare time. However, when he isn’t on the court Ojiri is either watching Youtube videos or movies. He prefers action and sci-fi movies and the youtube videos he watches depends mostly on his mood.

As, he is nearing the end of his high school career, Ojiri has plans for post-secondary education. “I’m planning on attending Cal State Long Beach or San Diego State.” The two universities have a good program in the major he has chosen: Kinesiology. Ojiri is interested in working in physical therapy after receiving his degree.

Along with appreciation to his fathers support, Ojiri is thankful for Coach Duong’s guidance. “[He] motivates me because he’s been around the game and he knows what’s good basketball. He shapes the program to fit our daily and lifelong needs.” Ojiri also gives thanks to his teammates. “Shoutout to my team and all the difficult practices and yelling we’ve endured together.”