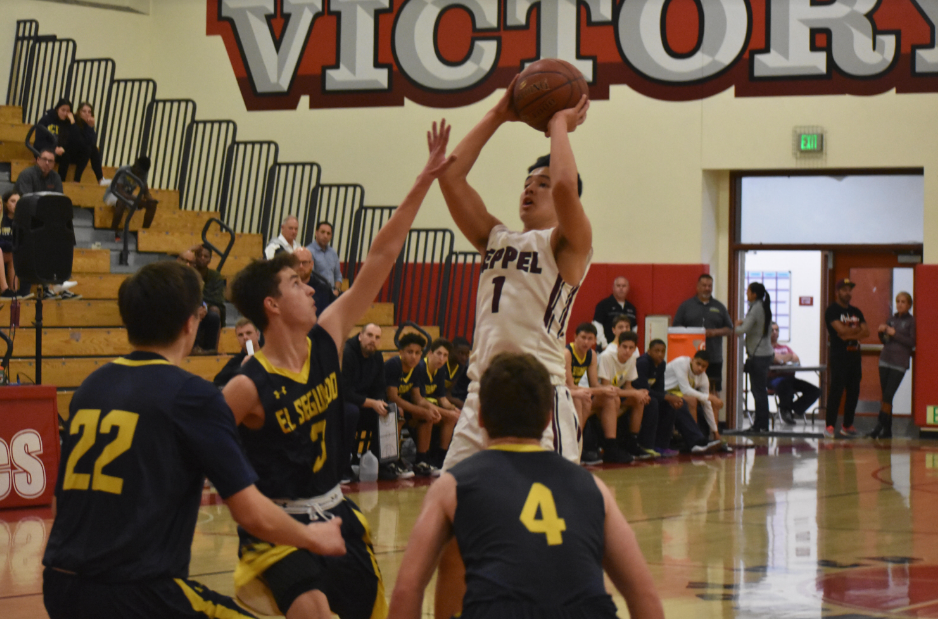 With a team built on underclassmen, the boys basketball team has been against the odds from the start of the season. Despite this, the Aztecs continued to prove themselves as a force to be reckoned with as they topped off their league championship with a 44-39 win against the El Segundo Eagles in the first round of CIF.

Throughout the first half, both teams struggled to score the ball, and after trading baskets every so often, the Aztecs entered halftime with a 19-16 lead. Due to the circumstances of the game, the prospect of losing brought out an undeterred competitiveness in both teams, and it caused the game to be chippy from start to finish.

“CIF is a huge stage, so both teams are going to be very competitive come game time. When things start to heat up, we have to remember to keep our composure, execute and let our game do the talking,” says Senior Ryan Takeshita.

The team did exactly that as they maintained their lead throughout the second half and were able to thwart any attempts that the Eagles made to come back thanks to big shots by sophomore Michael Granados. However, the Eagles kept things close and as the game came down to the wire, El Segundo had a chance to pull out the win from missed free throws by the Aztecs.

With time running down, the Aztecs held a five point lead when the Eagles made a three pointer to bring the lead to two points. As the clock continued to tick under 10 seconds, an El Segundo player made a desperate attempt to force the Aztecs to inbound the ball, but was given a technical foul. Sophomore Laird Anderson Jr. sunk the two technical foul free throws as part of his team leading, 25 points to ice the game, and the Aztecs were able to squeak out the five point win.

Sophomore Garret Matsukiyo emphasized that although his team won, this game is not one that they would like to remember. “[Moving forward], we just need to forget about this past game and learn from the mistakes. CIF is the most crucial part of season and we need to perfect everything in the next game and come out hard so we don’t let ourselves or anyone else down,” he says.

Despite having the success that they did during the regular season, Assistant Coach Danny Do knew that his team was going to have to rise to the occasion to advance to the next round of CIF. “I felt like we came in nervous, being that the entire team is so young and they have this opportunity to play CIF, but it’s a different beast from season and preseason. We really had to tell our guys to relax and tell our guys to play the basketball they are capable of playing,” says Do.

The Aztecs now look to prepare for their matchup against Milken Community High School on Saturday night as they try and advance further into the CIF playoffs. “We have another opportunity to play, so hopefully the boys move on and come ready to play,” says Do.