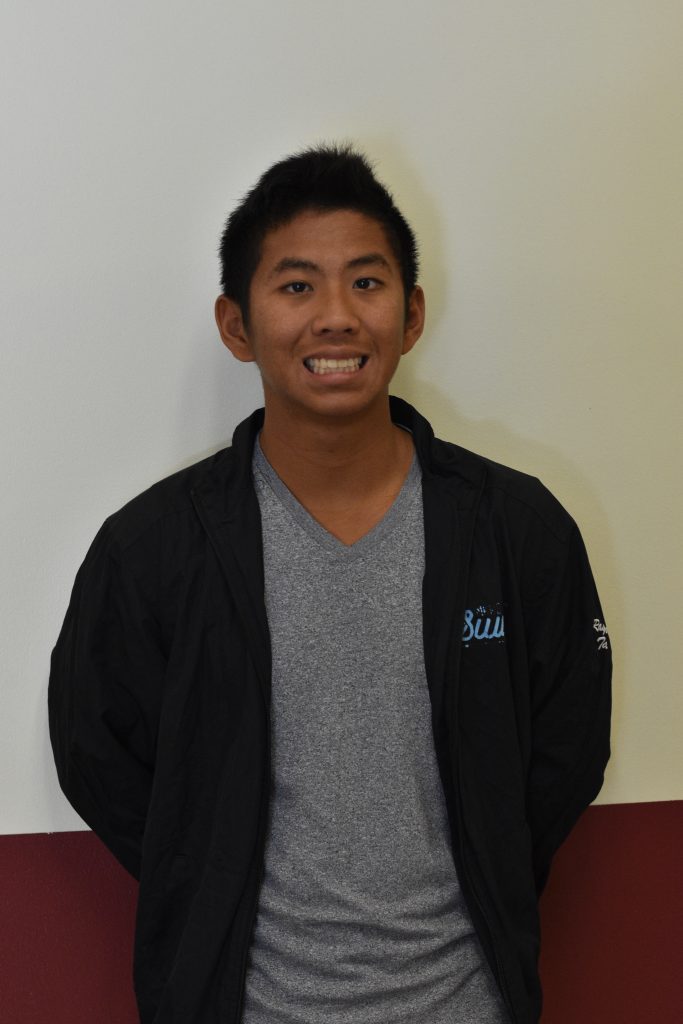 Starting his journey in the water at age nine, senior Raymond Tang has swam competitively for eight years. He first joined the school’s swim and water polo team his freshman year. After playing water polo the summer before entering high school, Tang jokes that he joined water polo “since the game itself seemed so much more fun than swimming laps.”

Rather than thinking about swimming laps, Tang focuses on the unique feeling of shooting the ball and the playing with the whole team. His favorite games are when the teams are neck to neck, and the players are putting in all their effort.

Tang’s motivation comes from previous games. “Thinking back to moments in the game where you could have stepped up and scored a point and help your team win the game, those moments help push you through practice.” He also credits the team’s motivation and success to the team’s good chemistry both as teammates and friends.

Out of the water, Tang has set his path toward his goal of becoming an architect, joining clubs such as Skills USA and taking Drafting ½ , Drafting ¾, and Drafting Architecture ½ throughout his time in high school.

He first became interested in the field of architecture when he was in third grade. “I went to a friends house and saw his dad making a floor plan and was like, ‘Oh, I’d be fine doing that for the rest of my life’,” says Tang. To continue pursuing this career, Tang plans to apply to Cal Poly Pomona, Cal Poly San Luis Obispo, and Pratt Institute.

His most missed memory will the experience he shares when in the water. Tang explains how “playing the game with a bunch of friends [and] the fact that you won’t be playing water polo seriously is sort of sad.”

Despite Tang’s heartache from playing his last game, he looks forward to the future of water polo. “Water polo is scary at first glance and you might be intimidated by how hard it looks…  but once you push through and learn how to tread, water polo becomes a great sport.” He explains that many people who have done swim beforehand and only joined the team recently regret not joining in their freshman year.

Tang would like to give a shout out to the water polo team for surviving conditioning.