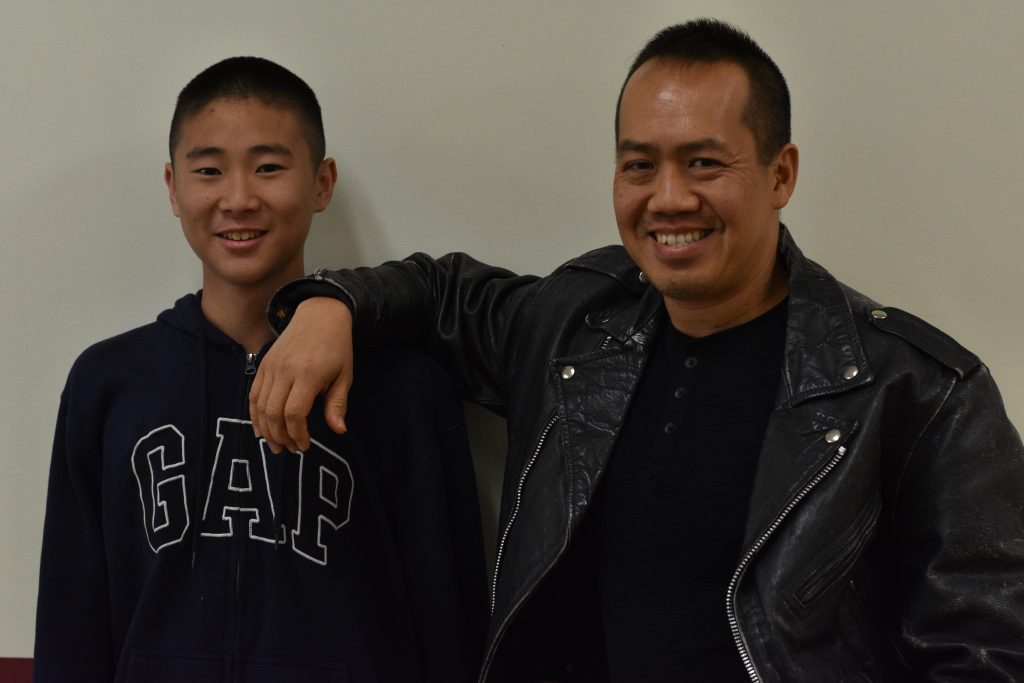 At every Los Angeles Dodgers home game, there is always a brief tribute to honor the “military hero of the game.” Fans give a standing ovation to pay their respects to a veteran who rightfully deserves the recognition.

What is the difference between a Dodgers home game and Veterans Day? Besides the Dodger dogs and game of baseball, the gesture of recognizing those who have served in the military is one and the same. Veterans Day, originally called Armistice Day, is celebrated every November 11th to honor America’s veterans and thank them for their patriotism, bravery, and willingness to put their lives on the line for their country. While it may signify a day off of school or work for many, the importance of the holiday is far greater.

“I think [Veterans Day] is very important because people sacrifice so much to serve their country and are willing to put themselves in harm’s way to protect the country” says senior Nicholas Stratacos, whose father served in the Air Force after the Vietnam War.

While many veterans suffer from life-threatening injuries or PTSD, others like Mr. Tran, a Social Science teacher, are fortunate enough to not deal with injuries from their time serving. After 13 years of serving as a Naval officer, his good health has helped shape his perspective on life. “I’m fortunate that I didn’t get hurt or anything and I don’t have nightmares, but every day is a blessing,” says Mr. Tran. “Having gone through active duty in the military, it puts everything in perspective. I live my life to the fullest as much as I can because you never want to take things for granted.”

While the violence and trauma typically associated with the military may spark a negative connotation of war, there are certainly positives that can lighten the experience of military service. “[Serving] was a real adventure. I flew planes for the Navy and did stuff that was really exciting and dangerous,” says Tran. “The good stuff was the adventure and the friends I made because it is rare in life that you have people that will literally give their lives for you, and in the military, you find people like that.”

However, this does not compensate for the hardships that military service brings. Military service came at the expense of a college education for the elder Stratacos, while Mr. Tran laments about the effect that moving constantly had on his relationships. As he points out, veterans are not the only ones making sacrifices, but their families as well.

Yet, the unselfish desire to serve is one that families support despite the stress it places on the family. Junior Jessica Basallo’s father served for almost 30 years in Iraq, Afghanistan and stateside, and although he was only deployed when she was young, she recognizes the dedication that he exemplified through his service. “My dad was proud to serve his country and while it is rewarding when people recognize him, he considered it his duty. My family was there to support him through his service, and we knew that when he was gone, he was out there protecting us.”

Veterans consider it their duty to protect our country and thus, they should be honored accordingly. Despite the opportunity that Veterans Day allows to honor veterans, it does not do justice to what they endured on duty. “It’s nice to be recognized on Veterans day, but really, we should do more for the veterans who are disabled,” says Mr. Tran. “It’s a real tragedy that every day, 22 veterans commit suicide. Until we solve that, we can never have enough Veterans Days.”

Society is certainly responsible for helping to end suicides among veterans, but Tran also captures the need to do more in honoring them for their service. Whether it be finding ways to thank veterans like the military heroes at Dodger games or doing a service project at a veterans home to understand the sacrifice they made, society does not have to confine their gratitude to a single holiday.

Saying thank you is great, but Veterans Day is the perfect reminder to everyone of the obligation that we can do more to respect those who surrender their lives for the good of the nation. Never forget the sacrifice they made for our country, and fully embrace the freedom that they work so hard to protect.