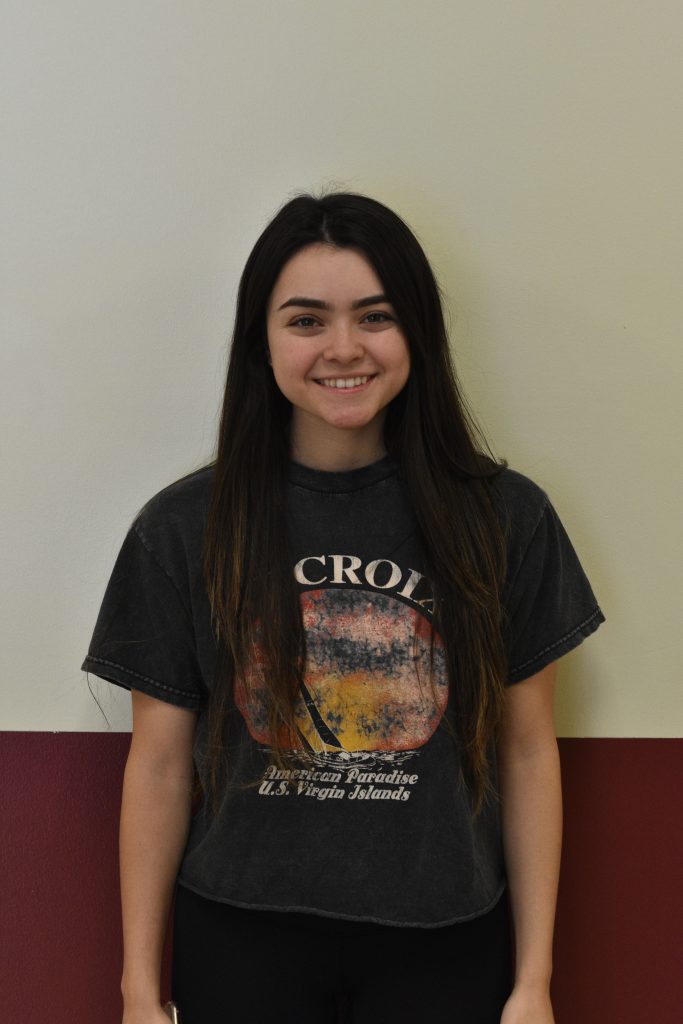 “Everybody on the floor respects her and that’s the one thing you want to have as a captain,” says Girls Basketball Coach Jose Herrera.

Respect is a word often used to describe four-year varsity player Vanessa Aguirre; despite the obstacles in her way, she has not let it stop her from becoming one of the top players in the area. Captain for two years, Aguirre was named last year’s Almont League Most Valuable Player, the 2017-18 Pasadena Star-News Girls Basketball Player of the Year, a first-team All-CIF Southern Section, and this year’s top player to watch in the San Gabriel Valley according to the Pasadena Star-News. Although the accolades continue to add up, Aguirre’s work ethic and humility remains consistent.

“With the help of my teammates, we all work super hard. Having [my teammates’] support and having them always encourage me to do well and try my best, it helps a lot with getting that attention because they are a big part of that,” she says.

Aguirre’s success on the court comes as no surprise, as basketball has played a huge role in her life. Thus, she does not plan on giving it up anytime soon as she plans to continue playing basketball throughout college. “It’s something that I wouldn’t like to stop playing and it’s really fun, especially in college, to have that experience.”

In the meantime, Coach Herrera is excited for the opportunity to have Aguirre lead his team again. With the majority of his team returning from last year, there is plenty of reason to be optimistic about this year’s team. Yet, the monumental impact that she has while on the court leaves him even more hopeful. “Anytime we have Vanessa on the floor, good things are going to happen. She’s the engine; everything starts with her,” he says.

Coach Jose acknowledges that although Aguirre is often the shortest person on the floor, she compensates for it with her speed and fearlessness. “Despite her stature, she has no fear and she will take anybody at any time, even if they’re six [foot] seven.”

With this mindset, Aguirre is able to lead her team by example, as her relentless drive has her and her team prepared for a run at a CIF championship. “We’re ready to tackle this year and get a ring,” she says.

Aguirre would like to give a shout out to Catherine for always being there for her throughout the four years on basketball.