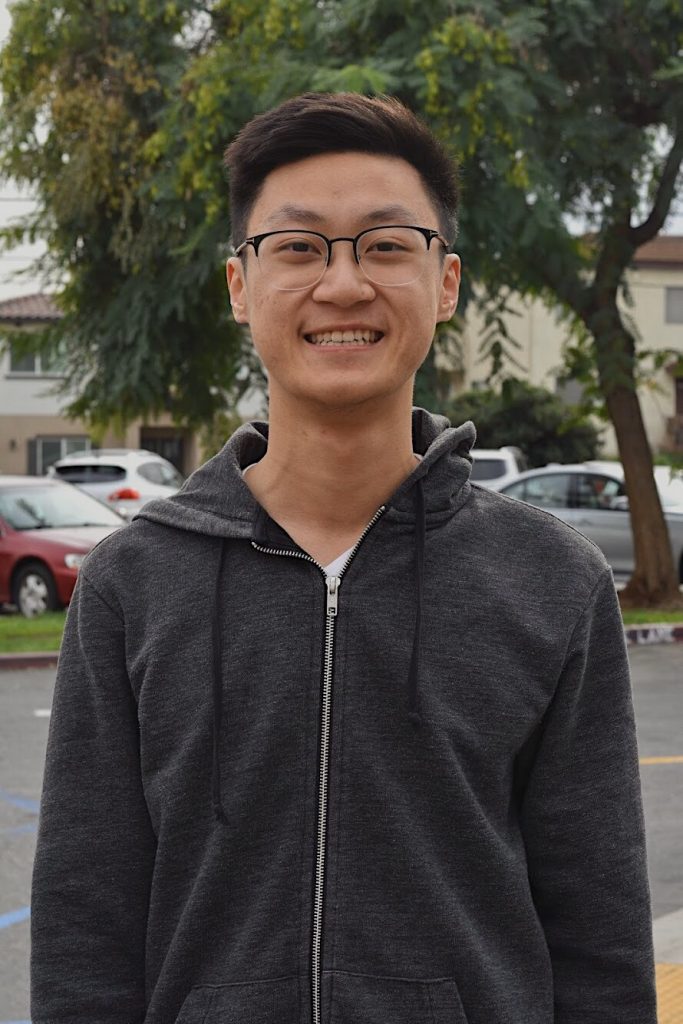 With more than 80 million players in America and 200 million worldwide, Fortnite has taken over the video game industry in the past year. Amidst all the competition, it is hard for one to prove their skill in such a prominent game. This did not stop senior Derrick Wong (Xycik) from entering the Fortnite Winter Royale competition and finishing in 10th place in all of North America.

Winter Royale is Fortnite’s first competition to accept all gamer entries. The event took place in multiple stages, beginning with six preliminary sessions in the span of two days. The top 200 players from the sessions would qualify for the Winter Royale Finals, which would take place a few weeks after. “I tried on all six, [doing my best] in the second session of the first day,” says Wong. Scoring a total of 30 points, Wong placed 84th, allowing him to advance to the finals.

The first day of the finals was split into two heats with Wong being in the second. In each heat, half of the qualifiers (100 players) would play five matches to determine who would qualify for the Grand Finals. Leading up to his first match, Wong felt nervous thinking of the thousands of spectators and skilled players he would be facing. “It’s not like people who just play the game for fun. These guys are playing competitively, and I guess I was scared of them.”

In the first match, Wong ended the game with two points, placing him fifth in his heat. Despite the initial start, he proceeded to score only one point over the next three matches. The fifth match, however, was the catalyst toward Wong’s placement of the day. After eliminating another player and acquiring a weapon named the “Infinity Blade,” he was able to use it to his advantage by eliminating a total of 13 players, eight of them within the last two minutes, to win the final match. “I was pretty shocked and I didn’t really know how to feel,” says Wong, after placing first in his heat and moving onto the Grand Finals. “I had all this adrenaline running through my body and honestly it didn’t really strike me until the next day. It was just crazy that it all happened at once.”

The joy was short-lived as Wong got off to a slow start in the Grand Finale the following day, earning no points in the first three matches. However, he turned things around in the fourth match as he was able to earn five points, boosting him up to sixth place. With no additional points scored in the last match, Wong ended the Winter Royale Grand Finals in 10th place, giving him the title of 10th best in North America. But what did this incredible feat mean for a high school student who has final exams the upcoming week?

Whereas many professional gamers can solely focus on their gaming career, Wong cannot afford that luxury. As someone who balances homework and six to eight hours of gaming on weekdays, being a student-gamer makes his achievement all the more impressive. However, this does not take away from how the competition affected his academics.

Due to the competition, Wong was unable to attend school on Tuesday and Wednesday, two of the last few days before the semester’s finals. He understands the implications that the absences have on his academics, but despite that, stands by his decision. “This was my priority even though it doesn’t seem like it should be a priority. It’s something I really wanted to do and I had a passion for it, so I decided to put all my focus into playing instead of finals and school.”

While Wong acknowledges the importance of academics, he knew how impactful his success in the competition could be. “If I were to do well, people would recognize me and I could put my name out there,” he says. Wong saw the competition as more than just an opportunity for bragging rights, monetary rewards, and recognition; it could help pave the way to becoming a professional gamer. “It’s been a dream since I was really little.”

Yet, placing so high in the competition brought him plenty of benefits. His 10th place finish came with a $9,000 reward, but it also brought a newfound sense of recognition amongst his peers. “Recently, when I came back to school, everyone recognized me and I guess I’m now ‘famous’ if that’s what you wanna call it,” he says.

With Wong ranking among the best players in the continent, he has established a name for himself in the gaming community, spurring him to pursue new goals. He looks forward to entering future competitions, both invitationals and those that are open to the community, and try out streaming. He also hopes to use his monetary reward to purchase a professional setup so that he may potentially start streaming.

Wong would like to thank his parents for supporting him. “They gave me the chance that many parents would have not done especially from an Asian household.” He would also like to shout out all his friends that supported him throughout his journey and are still continuing to support him. “I guess if I do start streaming it’s twitch.tv/xycik_”