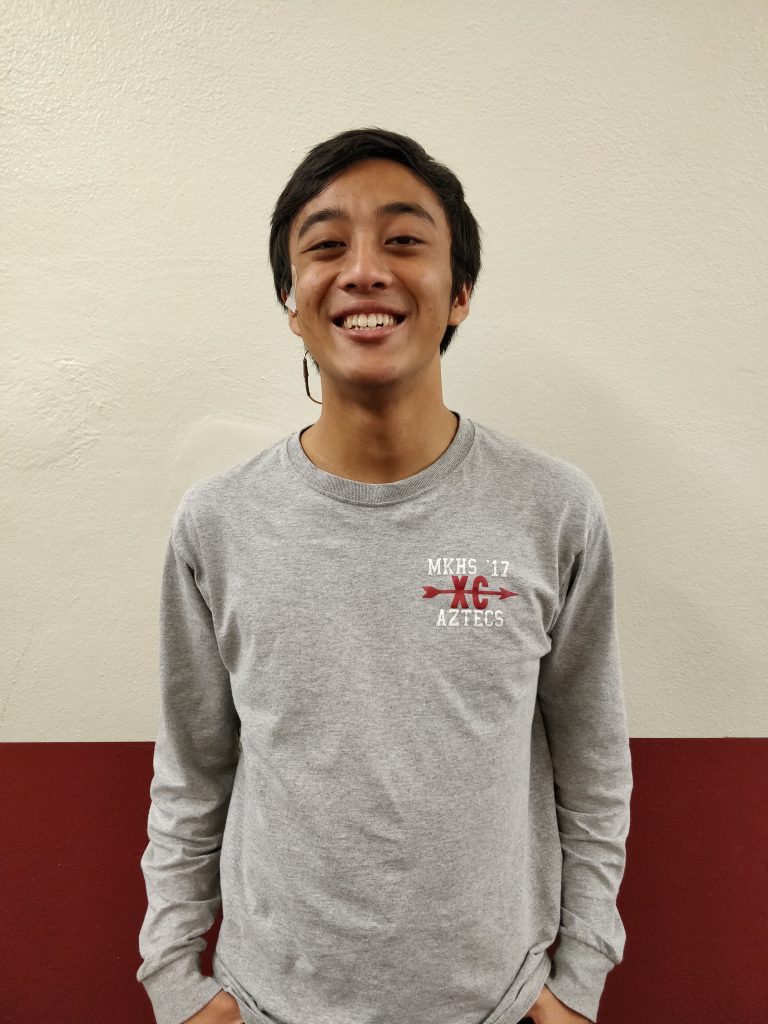 Shrek’s main sidekick and prominent character in Shrek the Musical is portrayed by senior Dylan Djoenadi.

Djoenadi has had his fair share of participation in various Keppel productions, such as Matryoshka man in The Suitcase Dreams. “I’ve been in theatre for four years, and I thought being part of this show is a good way finish up my years at Keppel,” says Djoenadi. Having acted since he was 5 years old, Djoenadi carries a large passion for his hobbies.

Djoenadi enjoys being able to portray different characters, and he personally loves the character Donkey is. “I like that Donkey is an expressive person and a fabulous creation of nature. He’s overall just a happy guy,” explains Djoenadi.

One of many seniors in this production, Djoenadi himself is swamped with the stress of college and life outside of Keppel. “I had college apps and supplements to finish up while the play was in full on production,” he says. “It’s been tough, especially when other extracurriculars come in conflict with the play, but still, a main focus of mine is theatre.”

Despite these difficulties, Djoenadi is determined to do his best in portraying Donkey to the best of his abilities.

Standing on stage gives Djoenadi the opportunity to speak his mind in ways he would not have been able to before. “On stage you are a different character and you are something that that may not exist in the real world,” says Djoenadi. “That is the purpose of theatre – being able to put something on stage that people can look at and maybe even relate to.”