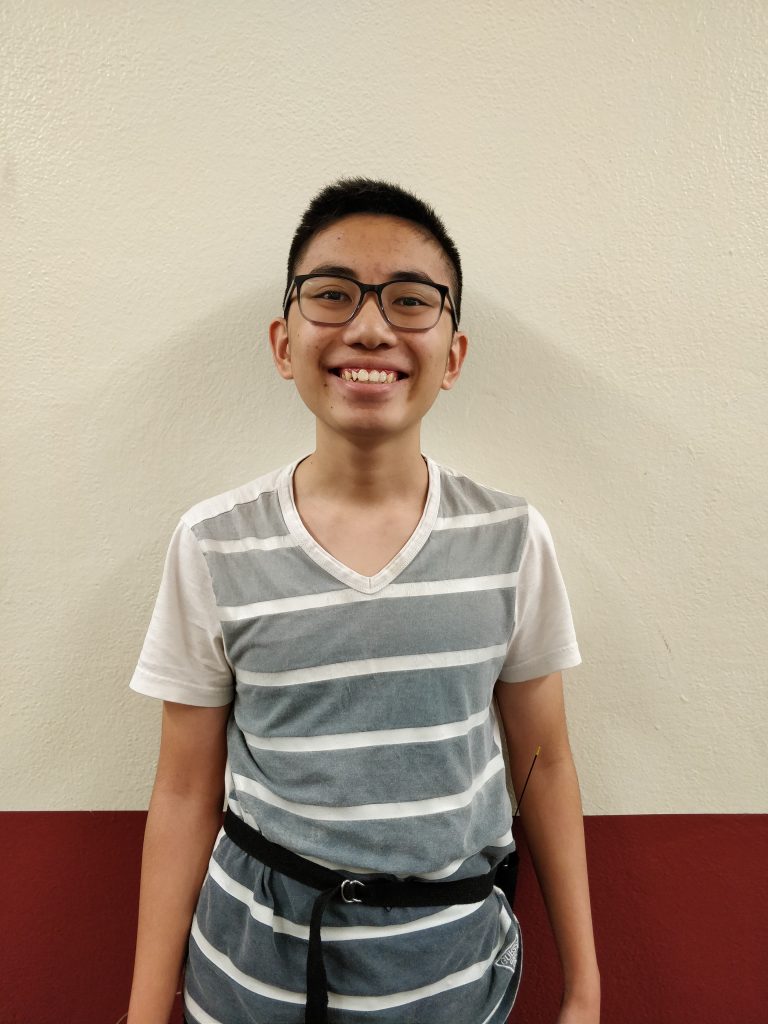 Sophomore Gordon Wu portrays the character of Lord Farquaad, a witty and comedic creature who is one of the main characters in Shrek the Musical.

Wu, who is in the Drama ½ class, honed in on the skills he learned and put them to use in auditioning for the play. “It was a total shock that I got Lord Farquaad, since this was my first year in a musical.”

“I was initially in Aztec Singers last year, and I had a really fun time singing and dancing,” says Wu, “From what I learned, it’s imperative to have a presence on stage that commands the audience’s attention, and I used that in my role as Lord Farquaad.”

Wu, like his other cast members, really enjoy the character that they are all portraying. “I like how my character is super flamboyant. It’s super fun to be happy, then suddenly filled with rage whenever Lord Farquaad doesn’t get what he wants,” explains Wu, “He’s also super short, yet he still thinks that he is powerful and mighty compared to his companions.”

“I can’t really relate to my character, though. I’m not going around and putting fairy tail creatures in a swamp! But being able to portray Lord Farquaad on stage really allows me to express myself freely in front of my peers,” exclaims Wu.

Despite not having been in Theatre Company for an extended period of time, Wu thoroughly enjoys his time here in the play. “Acting before was not considered a passion of mine. But now, I think I just found a new passion that I can continue to build in the future,” says Wu.