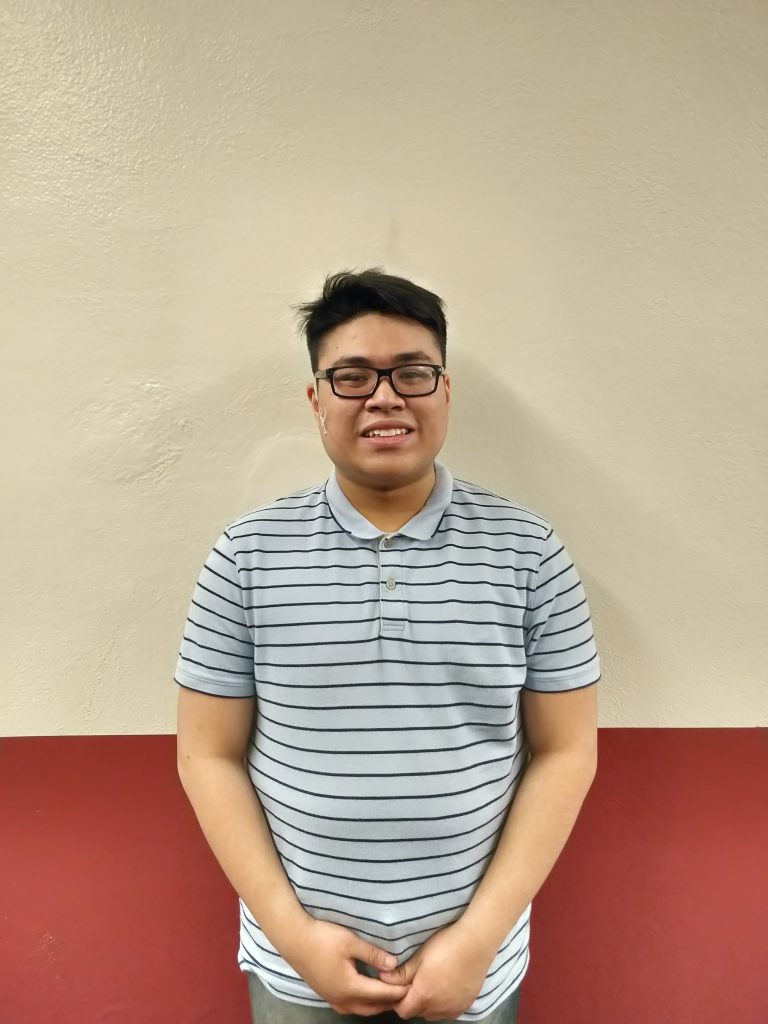 Fiona’s love interest and main male protagonist is Shrek, who is portrayed by senior Lorenzo Bacalso.

Bacalso, who has been in Theatre Company since he was a freshman, has starred in numerous Keppel productions such as Leaf Coneybear in the 25th Annual Putnam County Spelling Bee. “Having done shows before, I was able to build up my experience, knowledge, and skills to perform a much bigger role such as this one,” says Bacalso.

“I enjoy doing musicals, doing theatre and drama. It’s my last year, and I want to make it memorable by portraying Shrek,” exclaims Bacalso.

Shrek has numerous traits and characteristics that are seemingly the opposite of what Bacalso has. “I am very extroverted. The people who do know me would label be as funny, exaggerated and lively. Shrek, on the other hand, is more introverted, down to earth, serious, and can sometimes be grumpy.” Despite these major differences, Bacalso believes he could not have landed a better role.

Bacalso thoroughly enjoys being in various shows. “[I] get to perform in front of a large crowd,” he explains. “When [I am] performing on stage, I can identify the main themes and messages and I am able to translate all that to the audience.”

As a senior, Bacalso himself is in the busy season of college and scholarship applications. However, that does not deter him from performing his best on stage. “Rehearsals do take a lot of time and effort, but the show is very much worth it.”