All Male performs their routine at the West Coast Elite Nationals competition on March 16. PHOTO COURTESY OF COLLIN LAC.

After All Male made their mark on the dance world by becoming the first high school team ever to perform on NBC’s World of Dance and advance past the qualifiers, Dance Company continued their recent success with three national championships at the West Coast Elite Nationals competition this past Saturday at the Long Beach Convention Center.

“[Both teams] had their best performances in the routines that won this past weekend. They did what I’ve been pushing them to do all season long and they all seemed to peak on the same day,” says Dance Company director Activate Arroyo.

The teams have won national championships in the past, but these victories were particularly meaningful for the members. Their execution and hard work gave them every reason to be proud, and taking over the competition in such dominant fashion made it even more special.

“This was one of my favorite competitions personally because we did so great. What we put out on the floor were some of our best run-throughs that we’ve ever done, so I’m proud and confident that we put in our best work, and it paid off in the results,” says junior Keith Ngo.

With approximately 700 acts in total, the talent level of the competition was top-notch, and to place so highly establishes Dance Company as a powerhouse not only in the area, but more impressively, in the nation.

“[The championships] certainly get Dance [Company] out in general, not just All Male, but also Dance Team because everyone is going to look at all of our accomplishments. Arroyo really wants to put us out there, and competing and getting wins continues to make a name for us,” says co-captain Olivia Cheung.

Being on a nationally televised show certainly helps as well, as All Male competed on World of Dance last Sunday and advanced to the duels with an overall score of 89.7. As the opening act of the final night of qualifiers, All Male put on an electrifying performance with their seamless transitions and sharp choreography, completed with their eye-catching purple jackets and green hair.

“When we got the 92 from Derek [Hough] and the first 87 from Neyo, we not only qualified, but we got the third top score in the junior team division, so that made me really happy,” says senior Paul Im. “It was nice to finally get recognition for all the hard work we put in, especially staying for a bunch of hours after school, showing that all of our work in the little studio of our own and on the blacktop basketball courts paid off by finally making it to the biggest stage for dance.”

Im, the team’s captain, came down with a bad case of food poisoning the night before the taping of the qualifiers, leaving his team worried about possibly having to perform without their leader. He was not able to join his team until 15 minutes before they performed, but he overcame his sickness to help lead his team.

“Paul is really good to know not to run on adrenaline because generally that’s not a good thing in performances, but he was able to channel that [adrenaline] into giving probably one of the best performances of his life, which was impressive to watch as his director,” says Arroyo.

While the performance amazed the judges, they were critical of the team’s choreography, and Arroyo and the rest of the team could not help but feel frustrated with the effect that editing had to do with it. A performance that was originally one minute and 25 seconds was trimmed to 45 seconds, and generous compliments, such as being called the baby Kinjaz (a professional dance group), did not make it on air.

“Unfortunately, the national audience didn’t get to see everything that we actually performed on stage, so that was a little frustrating to watch,” says Arroyo. “You realize the power of editing and when trying to fit everything into a one hour show, they have to make cuts to everyone.”

Yet, the team refuses to take their advancement to the next round for granted, and they are determined to continue to prove that they can compete on arguably the biggest stage for dance.

“Hard work always beats talent and while our boys when they come to to Keppel may not have the talent that they need simply because there’s no studio in the area that they can take classes from or maybe their parents didn’t expose them to dance prior to coming to Keppel, they work so hard at their craft that they end up catapulting programs that may have been around forever,” says Arroyo. “ I think they’ve proven that there is quality coming out of high school dance programs and our boys are proving that you can start from the bottom and end up at the top.” 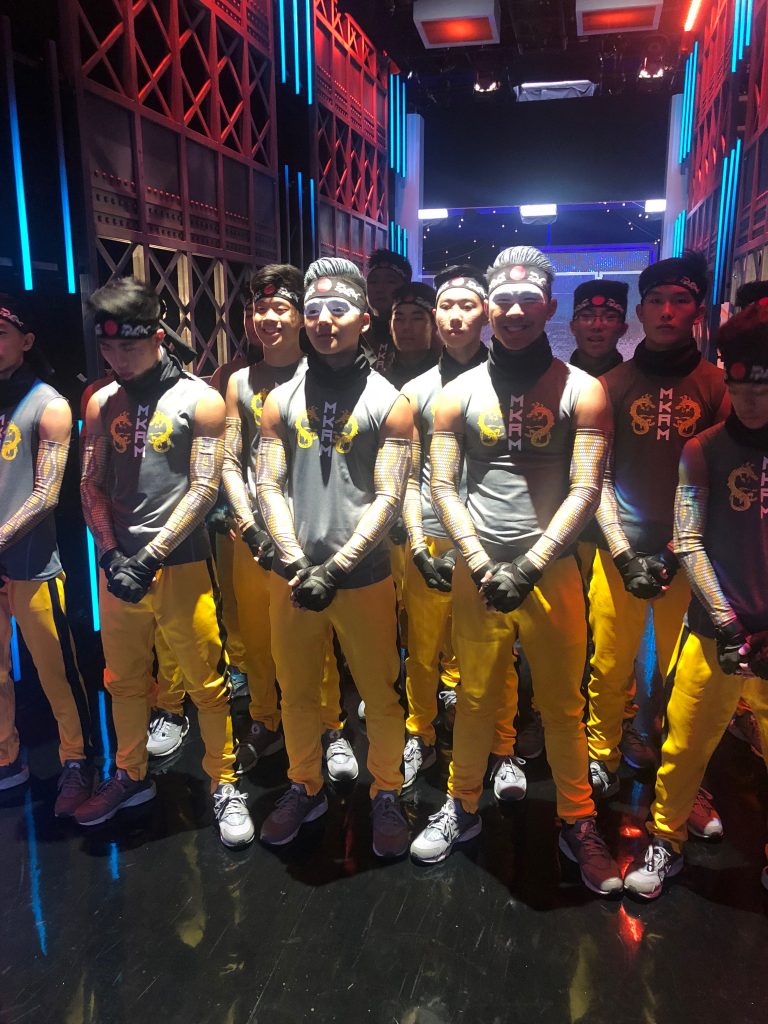 All Male waits backstage before performing on stage for the Duels. PHOTO COURTESY OF ACTIVATE ARROYO.