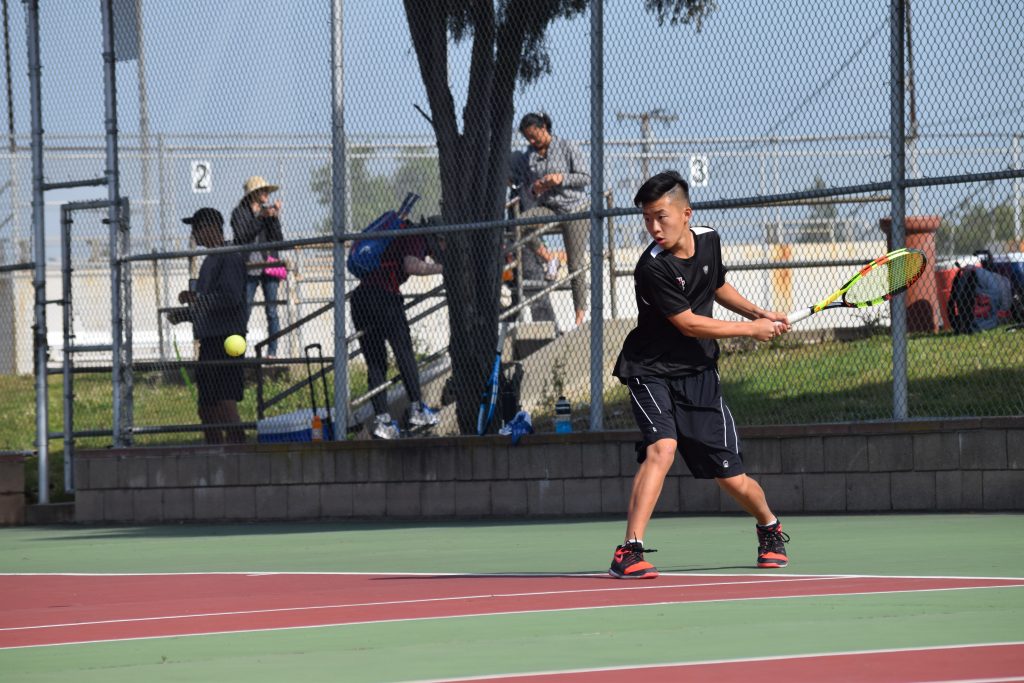 The Boys Varsity Tennis team lost against Laguna Beach High School in round 1 of Division III CIF on Wednesday, May 1st with a score of 14-4.

After maintaining a first place position in Almont League for an entire decade, Coach Ten was positive going into the match.

“We swept from 2010 to 2019,” says Coach Ten. “We’ve kept the tradition that Keppel has dominated tennis in this League.”

While confident, the Aztecs ran into issues with practice at the beginning of the year. Rain and schedule conflicts hampered their efforts to practice, but they nonetheless were ready for the upcoming season.

“We got a late start; now [everyone is] hitting better, but that should have happened four weeks ago,” says Coach Ten. “Progression is always the same; the more you play, the better you get.”

Even after placing first in Almont League, Coach Ten realized that they had a hard path. The team was promoted from Division IV to Division III after they reached the semifinals in the 2015-2016 season,. As such, they were prepared for a more difficult set of games such as when they drew Laguna Beach High School, a powerhouse in Division III, in the first round of CIF.

“There was nobody that was super fantastic on the team, but the quality of their players was very deep,” remarks Coach Ten.

For sophomore Brandan Ong, CIF and Laguna Beach were a new challenge. He joined Boys Tennis in his freshman year and qualified as varsity as a sophomore. “[Looking back to] freshman year, I wasn’t as consistent,” says Ong. “My serves got stronger [and] I think my footwork has improved.”

Ong plans to stay in the program for all four years of high school and play in college. But for senior Elvis Ma, the story is a bit different.

As Ma played the final set, the score was already 14-3, a testament to Laguna Beach’s dominance. However, he was able to clinch a win with a score of 7-5. “I felt surprised winning my match,” says Ma.

Despite being knocked out in the first round of CIF, Coach Ten is optimistic about the next season because of an abundance of returning players. Of the nine players on the varsity team, five are expected to return; only four seniors are leaving at the end of the 2018-2019 season. “We have talent spread throughout the years… [and] hopefully, we get another star freshman,” says Coach Ten. “I’m sure [Almont] League is looking forward to seeing us again.”